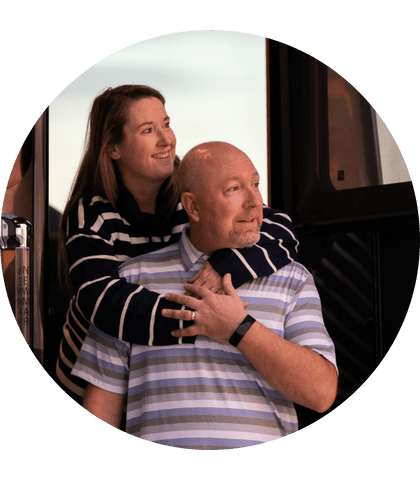 People ask me all the time: Is Digital Storefronts legit?

How come I don’t see a lot of proof of success under digital storefronts reviews and testimonials?

Why don’t I see fancy cars and big houses?

What do I think of different entrepreneurs out there?

Now, I don’t want to name any names (not my style…)

And I try to make it a point not to judge others anyway.

Especially if I don’t know them personally.

However, here’s what I will say…

Since I usually get asked about the same 5 or 6 people.

Sure, a TON of people out there look “successful”.

Extravagant vacations all over the world.

But what I’ve learned over the years…

Is that most people who live like this are trying to compensate for something.

It could be that their marriage is falling apart.

Maybe their relationship with their kids is non-existent.

Or it could be they’ve spent so much money on all that stuff, trying to show off…

That their finances are actually worse now than they were before they became “successful”!

Social media has made it tough to see who people really are.

And unfortunately, a lot of people take advantage of it.

But once you take a closer look…

And all of a sudden it turns out “Mr. Internet Millionaire’s” lifestyle isn’t all that great.

By no means does this mean everyone out there is a fraud or a scam.

I guess the point is to simply be careful with what people put out there.

Because it’s usually not a complete picture of who they really are.

And if they’re going overboard, trying to paint a certain picture…

Well, usually there’s a reason why.

And more often than not, that reason ain’t pretty.

Just something to think about whenever you’re asking “is digital storefronts legit?”

And wondering why you can’t seem to find a student among the digital storefronts reviews and testimonials living the “millionaire lifestyle.”

And while we’re at it, I wanted to share an awesome success story with you, for 2 reasons:

The student I’m about to talk about joined April of last year.

So he’s been part of our program for just over a year.

Well, he had more or less the same problem that so many who join this program had too.

He wanted a way to grow his finances…

WITHOUT sacrificing the time he needed to support the church plant his parents started.

This is what it was all about for him.

Not being any sort of “big shot” entrepreneur.

He simply wanted the freedom to follow & support the cause that meant the most to him.

Because I really want you to see what he said to me (this was on May 1st).

How crazy is that!

Now, let me be clear…

By no means am I promising these are the kind of results everyone inside the program is getting (or will get).

This student was able to make this happen because he put in the work.

He spent months learning this skillset.

And spent even more time putting it into ACTION.

And even though that big number sounds flashy…

Behind that was a lot of struggles!

A lot of moments where things weren’t working out.

It wasn’t always flowers and roses!

But it goes to show the power of persistence, and sticking things out…

This student was able to completely change their future.

He’ll be able to leave a legacy for his children.

And most importantly – he’s making a MASSIVE impact as a Kingdom Builder!

Are there other ways you can make a whole bunch o’ cash on the internet?

Of course there is.

But as far as I’m aware…

And I hope that DSF being a win-win for everyone is answers the endless question “is digital storefronts legit?”

In fact, when I first started this biz myself, it was simply because it finally let me do something I felt GOOD about.

Little did I know it had so much potential!

And now hundreds of Christians all over the Nation get to take on greater stewardship and finally create lives of freedom.

Hopefully this serves as some daily motivation 🙂

I know it certainly does for me!

And with Jason, he joined the program around 10:30am on a Friday.

Here’s what he posted right away!

So he wasn’t even inside our community yet…

But with just a couple hours of going through the training…

He already had a verbal commitment for his first ever deal!

I have absolutely no doubt that Jason will be successful as a Digital Tentmaker.

Imagine what he’ll be able to do in 2 or 3 months!

Anyways, that’s all I got today.

Remember… waiting for that “perfect” moment to get started doesn’t exist!

Ask yourself, is you asking “is Digital Storefronts legit” just procrastination?

If you ask me, it’s all about imperfect action.

Because Jason’s learning on the fly…

And that approach is already paying off!

Join the other Christians in the Program learn a valuable Tentmaking skill that will give you freedom to follow and support the cause that means the most to you.

Cory Long is the owner and CEO of Yroc Consulting, a local digital marketing company based in San Angelo, TX that specializes in online marketing, SEO, web design, and social media. He has worked full time in ministry for 17 years. Bought several products teaching how to make money online but never found success until he found this model. Five years later, he has a 7-figure Digital Storefront business and has taught hundreds of people how to do this successfully for themselves.

Create a passive income online with digital storefronts business – buying up Digital Real Estate and renting it out to local business.